The Best of the Stupid 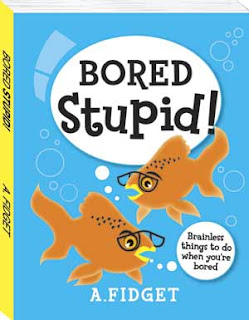 So we have all heard them...those songs that make us say WTF? Here is my list of the songs that manage to be both incredibly dumb and entertaining. Enjoy.

1.) Another Postcard by The Barenaked Ladies: So this song makes absolutely NO sense. It is the strangest and stupidest song I have ever had the pleasure of hearing. I heard it and immediately thought it was a joke. The BNL are slightly weird to begin with...what with being the first band to ever ask if they can make pre-wrapped sausages why can't they make pre-wrapped bacon...but this song took them to whole new level. I bought the Everything to Everyone Album for this song and never really listened to any other track. This song also inspired my greatest prank to date...the 309 pictures of chimpanzees that were mailed to Todd over a 7 month period from 26 (I think) different states. The winning line: "At first I thought it was funny but now I have money on a monkey fight." 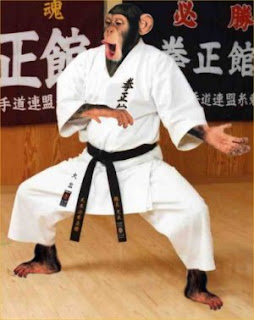 2.) Peaches by The Presidents of the United States: Okay so the sexual references in this song are abundant...but nevertheless...this song is flat out dumb. Its' catchy tune and hilarious video cemented its' place in 90s music history...but let's face it...the guys had to be high when they wrote it. The winning line: "If I had my little way, I'd eat peaches everyday, sun-soaking bulges in the shade."

3.) Dominated Love Slave by Green Day: This song barely makes the list because it is my belief that it was intended to be dumb. I will not list a line from this one because they are all equally stupid. I must have been about 11 when this song resurfaced and I thought it was cool to sing it out loud. Oh well...moving on.

4.) Scotty Doesn't Know by Lustra: This song became a hit after the movie Eurotrip came out. Perhaps it is the fact that in the movie Matt Damon is playing a punk rocker as he sings this song in front of poor Scotty...but this song is the best part of the whole damn movie. I tried for about a week to download this song before breaking down and buying the soundtrack from Amazon. It was worth it for this one song. Most of lines are pretty raunchy but here is the safest line from the song. I will leave it to your imagination to figure out what is the line before it...or you can YouTube the song and see the clip from the movie. "Its a three-way call and he knows nothing." 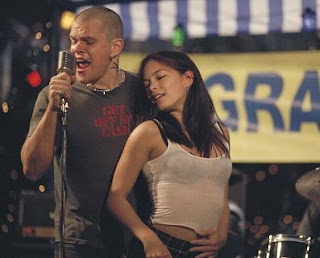 Mope by The Bloodhound Gang: Here is a yet another song that hooked me with its opening line but not in a good way. "Tried to O. D. on the Cold-Eeze". Okay so it isn't technically the opening line...since there is spoken words at the beginning...which are always comical. I don't think anyone was expect Falco! (Listen to the song.) It is hard to narrow down the stupidest line so I will go with "I like to pretend I'm speed reading" as opposed to "I like to dance naked in front of my pets." As a bonus...this song has "cameos" by both Pacman and Homer Simpson. It is by far the dumbest song on this evening's list. To be fair...any song by The Bloodhound Gang could take its place...as they all are pretty damn stupid.

So there you have it. As terrible as all of these songs are...each one of them is on my iPod, which begs the question of who is more stupid? The person who wrote them or the dumbass who paid $0.99 to download them?
Posted by Millie at 9:50 PM

Laugh it up Mil but remember payback is a bitch.

This reminds me of the song game during road trips?

For old times sake
The Promise by When In Rose.