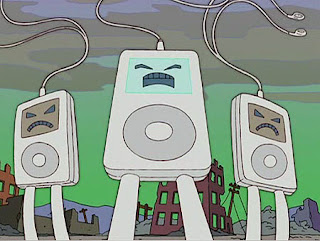 Age of Innocence by Don Henley – This is always a tough song for me to listen to. It is bittersweet for me because it makes me think of Bobby. I think that is about the time in life where things are still simple and innocent. When there was no knowledge of the drama in the outside world. Being that Bobby and I became best friends when we were six…this would be a good explanation of the foundation of our friendship. As we grew older and started losing our innocence and naivety due to the racism he faced and the family drama that I faced, we were always able to turn to each other and feel safe from it. I think that is what I miss the most about my dear friend. He was able to calm me down no matter what and things felt simpler when I was with him. Perhaps my dependence on him when I was younger is what makes it so tough for me to control my mind when it races now. I don’t know but I digress…Todd asked me the other night how often I still think of Bobby…and the answer is several times a day. What I wouldn’t give for more moment with my friend. This song begs for just another moment of innocence before it is lost completely. Who wouldn’t want that? Best Line: “Let me take a long last look before we say goodbye.”

SoBelieve by Theron – If you watched the Superbowl ads this year than you know this song. This is the song that was featured in the Sobe commercial. Remember how pimped out the lizards were with their grills? How awesome was that? This song is your typical grooving, dancing around kind of song which makes it better than most but it is the dancing lizards that take it to that other level. While I am not in a dancing kind of mood tonight this song is almost enough to pull me out of it…almost. Best Line: “If you SoBelieve…anything can happen.”

Get In Line by Barenaked Ladies – And here is song that reminds me of my other lifelong best friend. This is the song for any person who is doomed to be the constant runner-up in life…just like Todd and I. I remember driving down Tropicana Ave with Todd when this song came out and the two of us laughing so hard that we were in tears because it just fit. Todd said that it has only become more appropriate as he has gotten older. He put it best when he said that being an adult sucks. So this is a good song for me because it always makes me smile as I reflect on the man who swears that he is always second best…though never with me. Best Line: “I wish that everyone I knew hadn’t sold out to the man”.

True to Me by Metro Station – Have I mentioned that I love Metro Station? Have I also mentioned that I am beyond excited that they are opening for Fall Out Boy? How freakin’ amazing is that show going to be? I am so looking forward to resorting back to my old ways of going to the casino and partying it up before going to a great show. But I digress…this song is probably my 3rd favorite song by the band. It is another song that makes me want to get out of my bad mood and start dancing around. Being that I still have a few more hours of work to do…this is probably a good thing. It is a simple song that captures the wonder of love because regardless of what anyone will tell you…if you really love someone you often wonder that that person is doing with you? Funny useless fact about this song…it makes me think of Joba Chamberlain every time I hear it because it was the song that I was listening to at the moment when I got his autograph at Yankee Stadium. Anyway…Best Line: “They don’t see what she’s doing with me.”

If I Were A Boy by Beyonce – I am not really a Beyonce fan but I have to give her credit for this song. In addition to being amazing vocally…it is so well-written that I venture so far to say that is perfect. When I first heard it I was shocked because it was so right and so real that it actually made me feel somewhat relieved. I think that everyone mistreated woman feels the same way. It is also a great warning to all the men out there who take the lady in their life for granted…at some point she is going to realize that she has had enough and walk the fuck away…and she will be stronger for it. But then again…Beyonce also gets it right when she says “You’re just a boy…you don’t understand.” This song has to be in the Top 5 of the best songs released last year. It rivals “I Will Survive” for the best girl powers anthem. Best Line: “I think that I could understand how it feels to love a girl and swear I’d be a better man.”

20 Dollar Nose Bleed by Fall Out Boy – HOORAY for Fall Out Boy! Seriously…I LOVE this band. This is my favorite song off of the new album just because it is so damn catchy. It is impossible for me not to sing along to this song. I really hope that they perform it when I go see them. It is also another great example of how Fall Out Boy has the most cleverly titled songs in music today. Best Line: “It feels like 14 karats but no clarity.”
Posted by Millie at 9:19 PM

Labels: Have You Ever Wanted To Disappear?

I hope they never put you back into the box. It makes you meaner than hell. You scare me when you are as mad as you were today.

Thanks Millie Vanillie. Our friendship is one of the high points in life.

I feel left out. What the fuck? No memories of me?

Alex - I am back in there next week...damn it all. I have never sworn as much as I did on Monday...damn that Silence of the Lambs-isk box!

Kiskadian - You know better than that...don't be moody.

Fucking Beyonce. I heard this god damn song every time I think of doing something that I shouldn't and feel like shit for even thinking about it.

Victor maybe you should stop thinking about doing asshole things.

Silly Millie, haven't you learned by now that men are always thinking asshole thoughts? It is what we do with them that separates your prince charmings from your sons of bitches.

Judging from your blog, you seem to be a fan of both. ;)

Today is my lucky day :)
Apple is giving review copies of iPad to 100 lucky person. Go to http://bit.ly/cmmVr7 and apply for it.

We do not agree with this year Brit awards decision.

Lady Gaga can not be better than Nina Hagen