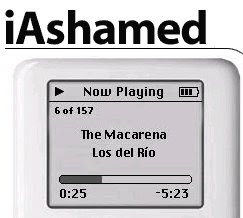 Welcome to a special Tuesday Night Edition of iPod Shuffle. Let's begin shall we? 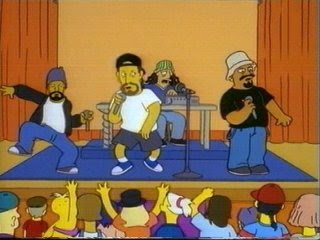 Insane in the Brain by Cypress Hill - Lame as it sounds this song still gets me moving whenever I hear it even though its like 15 years old. Has there ever been a more clever and unexpected use of the bagpipes in a mainstream song? You know that your song is the shit when it is featured in a Superbowl ad as it was this year. So yeah I would say that it has withstood the test of time. As I found out last week it is still played at during warm-ups as high school basketball games which surely says something...though I am not entirely sure what. But most significantly, this song will forever have a place in pop culture history for its use in the Simpson's episode in which they are accompanied by a symphony orchestra. Best Line: "I think I'm going crazy....". 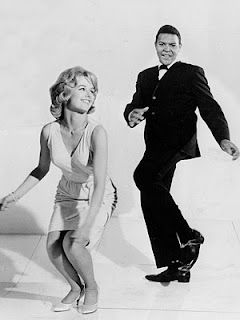 Let's Twist Again by Chubby Checker - While there is a part of me that loves this song...let's start with the reason that I hate it. It is clearly a exploitation of the original and it never should have happened. Sequels are good when it comes to novels and to movies (sometimes) but not in music. You don't see Bon Jovi putting out trash like "Still Livin' On A Prayer" or Metallica putting out "Enter Sandman 2.0" because songs should never be continued. That being said...it is hard not to dance to this song so all is forgiven. Especially when one reminisces about a certain 9 year old friend twisting away at the elementary school talent show...so much that he twisted away with the 1st place in dance trophy. I can't laugh too much...as my 1st place for girls song trophy was equally embarrassing. Good times. Best Line: "Do you remember when things were really hopping?" 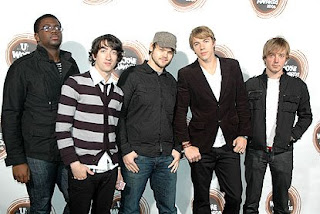 1, 2, 3, 4, by Plain White Ts - And here is yet another example of the fact that I am complete sucker for sappy love songs. I'm going to catch a lot of shit for admitting this but when I first listened to this whole song it was during a commercial on ABC Family and it made me cry. I think it is because it is such a simply sweet song of love. The lyrics actually seem to be a tad bit on the juvenile side except for that when coupled with the simply sweet melody of the song it makes for the perfect love song. So yeah...I fully recognize that it is a lame song and still love it. It is a new guilty pleasure of mine. Best Line: "And I'm so glad I found you...I love being around you". 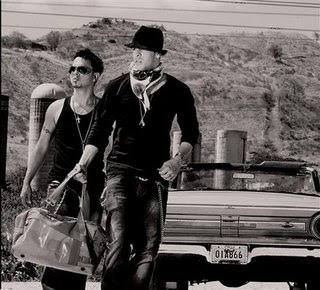 Te Abrazare by Erre XI - Gotta love free downloads on Tuesday...as it introduces me to songs that I would never find on my own...this song being one of them. I am pretty sure that I understand this song but even if I don't it doesn't matter because it is awesome anyway. It sounds good and the beat is good enough to make me dance when I hear it. Best Line (I think): "Hay no te vallas, amor tu sabes bien que, si te quedas conmigo, baby esta noche". 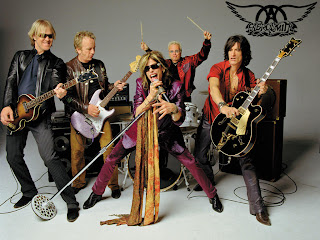 What It Takes by Aerosmith - This might be my favorite Aerosmith song...pretty sure that it is. I think that it is because it is one of those songs that I can really get into. It makes me sing along, bob the head, and you know the rest. Most importantly it is a song that I can identify with...as I am sure is the case for most people. We've all had that one person that we can't let go and this song makes us feel less shitty about it. But to take one step further...this is a song that if it ever gets dedicated to you makes you feel like a complete ass...NOW THAT IS POWER. But I digress....it is enough to say that it is a great tune. Best Line: "Tell me that your body doesn't miss my touch, tell me that my lovin didn't mean that much, tell me that you ain't dying when you're cryin for me." 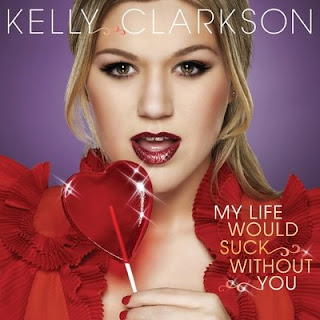 My Life Would Suck Without You By Kelly Clarkson - I didn't want to like this song...I really didn't but here I am...absolutely loving it. I can't help it. I think that I like it because it throws away all sense of class and is brutally honest. There is not glamour to it all. The title says it all...my life would suck without you. Sure it would be easy to dress that line up into something romantic but the message would be the same so what's the point? The honesty in the line is what makes it great and better than the romantic bullshit. Not to say that I don't love the romantic bullshit every now and then but sometimes one just wants the truth...however jaded or unrefined it might be. Kudos to Kelly for rocking this song. I think that it is fabulous from start to finish. Best Line: "Being with you is so dysfunctional, I really shouldn't miss you but I can't let you go".
Posted by Millie at 8:12 PM

Labels: Tell Me That I'm Special Even When I Know I'm Not

Who dedicated What It Takes to you?

I did and I meant it. If you have ever spent any time with Milville you don't need any further explantion.

I sigh because I can't think of anything to say. You have a memory like an elephant my friend. That is not always a good thing.

1, 2, 3, 4 is probably the sappiest songs that you have admitting to liking. Poor Millie.

hi there friends. I'm actually into shoes and I had been searching for the sake of that meticulous brand. The prices for the shoes are around 190 bucks everwhere. But finally I set this area selling them for the benefit of half price. I really like these [url=http://www.shoesempire.com]prada sneakers[/url]. I will definetly order those. what is your opinion?

good evening dudes. I'm really into shoes and I have been digging allowing for regarding that exact make. The prices seeking the velcros are around 340 dollars on every site. But completely I base this site selling them for half price. I absolutely love these [url=http://www.shoesempire.com]gucci sneakers[/url]. I will definetly purchase these. what can you say about it?